Let us help you take the sting out of Pest Control

About the Wood Borer Beetle

Wasps and hornets are stinging insects and like to nest in trees, gutters or under the siding used for cladding on your house. These insects are more aggressive than bees and they are also able to sting repeatedly. They have two pairs of long wings, six legs and a slender yellow abdomen which is not fuzzy and only females are equipped with stingers.

In summertime when the weather is warm, these insects are out and about. Come fall, the newly mated queen wasp builds her nest which could be on the outside or even inside your house. Certain species of wasps builds their nests by chewing wood, while others use mud particles. When spring comes along, the nest starts expanding and so does the danger to humans as well.

Their defence against people is their built-in weapon with which they will sting you if they feel threatened. They might even send out the whole army to attack you. Their sting is really very painful, but it could be life-threatening for people who are allergic to their poison. The main reason being that they keep on stinging, pumping in more and more of their venom.

Hornets are a subset of wasps with four wings and six legs, a thin waist between the breast and the stomach, and the stomach is rounded. The hornet’s head behind its eyes is wider than that of a wasp. The main difference between wasps and hornets, is their size. Hornet are larger and, instead of yellow and black, they are more orangey-red. Because of their size, hornets release more venom per sting than any other stinging insect. But when they are away from their nests, they are actually quite passive if left unprovoked.

Hornets build their nests mostly away from the ground in places such as treetops, attics, under roofs, in post boxes, garages, hollow tree trunks, etc. Their nests often hang free on a stalk which is stuck to a tree branch, a fascia board or under a roof on the patio.

These guys are not your playmates. Do not try to take care of a stinging pest infestation yourself. Call the people with the right equipment, knowledge and skills to get rid of these pests for you. Call Pest Control Excellence without delay before an attack is launched on your child.

• You might notice several wasps/hornets swarming around a single area.
• Holes or tunnels may be appearing in wooden surfaces on the outside.
• Their chewed wood or mud nests will become visible.
• In the case of hornets, you might see a nest free-hanging using a stalk attached to a fascia board of your home. 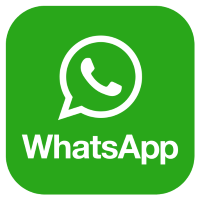